All offices and locations of EmergeOrtho Coastal Region will be closed on Monday, July 4th to celebrate the holiday.

We will re-open on Tuesday, July 5th to our normal office hours.

We wish everyone a safe, fun and enjoyable July 4th holiday!

Coastal Region, We Have You Covered. And our name change reflects that.

With our current transmission rate and all signs pointing to COVID’s effect remaining low for the foreseeable future, we feel comfortable making the transition to masking being optional for our patients, providers, visitors, and care team members in our EmergeOrtho (now known as the Coastal Region) offices serving New Hanover, Brunswick, Pender & Onslow County facilities.

If the level of transmission rises once again in our region or there are significant changes in the guidance from the state, federal health officials, we may need to reinstate the mask mandate.  However, the number of cases remains low in our area and we hope to see this continue.

As a reminder, if you have tested positive for

If you are experiencing any symptoms of

If you have been exposed to

PLEASE DO NOT ENTER THE FACILITY

EmergeOrtho continues to support all members of our community who choose to continue masking.

Prevent Technology Use From Becoming A Pain In The Neck, and Elsewhere 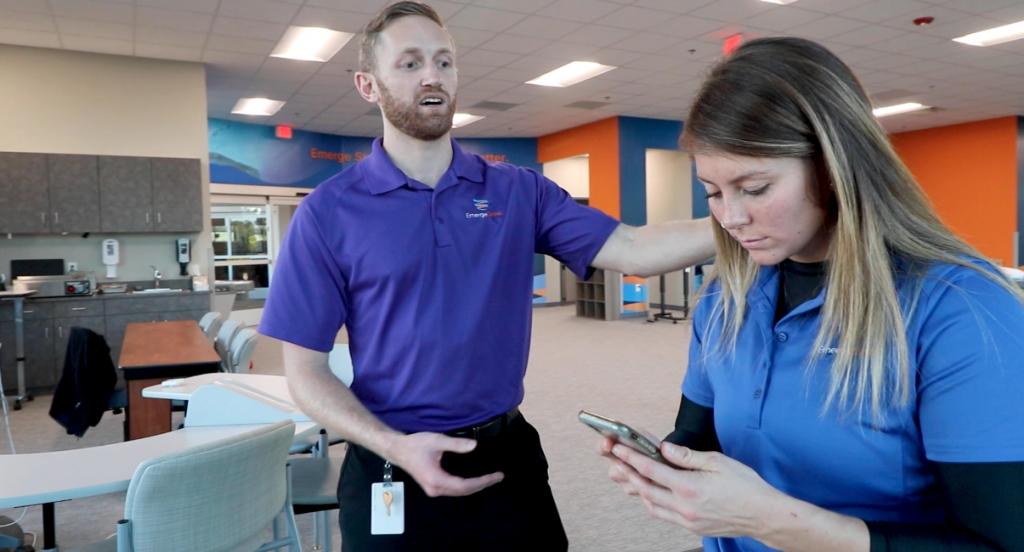 For the most part, we all do it. Day in and day out, we spend hours on our cell phones and computers, and the effects are beginning to show… painfully so.

Often dubbed “tech neck,” orthopedic back and neck issues arising from repeated and sustained use of many forms of technology are already rampant and predicted to increase rapidly.

“Cell phones are the biggest issue because nearly everyone has one,” said Carlson Miller, DPT, a physical therapist at EmergeOrtho. “People tend to hold it low and bend their neck forward. Holding that posture affects the upper back and cervical spine, causing tension in the neck and shoulder muscles.”

Miller explained that the head weighs about 10 to 12 pounds in a neutral position, but when it is bent forward at a 45-degree angle, the strain on the neck muscles equates to about 50 pounds.

Symptoms of too much screen time include mild to severe headaches, increased muscle tension, arthritic changes over time, and pinched nerves. Miller explained that a degeneration of the joint space causes nerves to become irritated, resulting in a great deal of pain.

Miller said symptoms may be mild at first, but over time the shoulders and neck can get tighter and tighter, until the person can’t turn his or her neck at all.

“The best thing to do is try to limit the amount of time you spend on your phone and computer,” said Miller. “Because so much of our work is tied to technology, it’s best to try to cut down on the extra screen time, such as scrolling through social media or playing games. Using a timer can be very helpful for setting limits.”

Miller also suggested trying to hold the phone higher, closer to eye level, and using a prop to hold it there, if possible.

Placing a computer screen at eye level is a much easier proposition, and should be part of an overall ergonomic assessment of your workspace. Miller suggested getting a good chair with a headrest, and considering the option to stand at your desk, as well.

“Timers can also be useful if you have a desk job,” said Miller. “Set it to take a short break every 20-40 minutes. Get up, walk around, stretch your neck, shoulders and upper back.” Studies show these micro-breaks are very effective at helping reduce workspace- related injuries, without interfering with worker productivity.

He also said if you can recline your chair about 20 degrees, it will give your head that extra 20 degrees to go forward without stressing it against gravity. He conceded that might be unrealistic in some situations, and urged people to at least try for maintaining an upright, neutral position.

Finally, Miller said cardiovascular exercise is always good for prevention of orthopedic concerns. Just doing something aerobic—such as walking, jogging or riding a bike— helps get your blood flowing, relaxes and strengthens your muscles, and often decreases pain.

“The body is meant to move, so just being active is helpful,” he said. “Research shows that people who spend 95% of their day sitting have twice the risk for developing neck pain.” The implication reaches beyond working hours. Those who are sedentary during leisure time (such as watching television) are also more likely to have neck pain, while being active reduces the chances of developing neck and upper body issues in the workplace.

If you are not already experiencing problems or having mild symptoms, it’s a good idea to take proactive measures now, said Miller. He said people can avoid needing medical care for these problems if they are diligent about prevention techniques. However, once they have a flare up, they most likely need a medical professional to guide them back to a safe baseline.

As we age, we are more likely to see degenerative changes, warned Miller. “Children are resilient, but the concern there is forming the habit,” he said. Millennials are the first generation who will have exposure to screen time their entire lives, so we are likely to see a lot more of these issues as today’s twenty-somethings reach their 30s, 40s and up.

Treatment consists of a combination of stretching and strengthening, said Miller. Depending on the patient’s individual issue, one may be emphasized over the other.

In general, the treatment for these issues is to strengthen postural muscles, primarily the deep neck flexors. Deep in the neck and in front of the vertebrae, they can become elongated and weak when in a sustained, head-forward posture. Miller said to think of them as the abs for your neck, and strengthening them is like doing crunches. Additionally, it’s important to build up the muscles of the upper back, shoulder blades, trapezius and rhomboids, all of which are affected by our posture when we are on our devices.

Physical therapists may also use manual therapy, such as soft-tissue mobilization to break up trigger points. Cervical traction, which can be manual or done with the use of a device, pulls and stretches the muscles to relieve tightness. This helps the muscles to relax, and increases joint space between the vertebrae.

If you are experiencing neck or back pain, it’s important to talk with a specialist.

EmergeOrtho offers a team of fellowship-trained, board-certified physicians, as well as physician assistants, nurse practitioners and physical therapists who are back, neck and spine specialists. Call 910.332.3800 for an appointment with an expert who can evaluate your condition and determine the appropriate treatment to help you emerge stronger, healthier and better.

POSTURE: THE PROVERBIAL POUND OF PREVENTION

Pay attention to each of the following to prevent tech neck and other orthopedic issues. 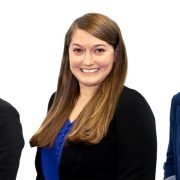 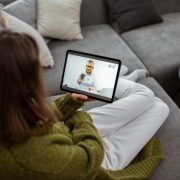 Emergeortho Wilmington: We Are Now Offering Telemedicine Appointments and Continuing To Serve You With In-Office Visits