Mr. Overbey has more than 25 years of senior level management, including experience in ambulatory, outpatient, and physician practice operation management. Most recently, he served as Chief Operating Officer at Proliance Surgeons of Seattle, Washington, one of the largest independent surgical practices in the United States.

“For the previous 25 years, I have expanded my knowledge and experience with large physician groups across the country, and I am now excited to return to North Carolina and serve the community and region where I have grown up, raised my family, and lived the majority of my life,” said Mr. Overbey. “Bringing that knowledge home and serving our regional community in orthopedic care is a fulfilling and exciting opportunity.”

“I chose EmergeOrtho—Triangle Region not only because it brings me home, but because the senior leadership team’s significant tenure demonstrated the physician’s commitment to employees and patients. That was an important consideration in my decision to accept this position. The physicians and executive leadership are committed to “first in class” care and creating a work environment where I believe I can best lead a successful team,” Mr. Overbey stated. “I will build on the continued success of EmergeOrtho—Triangle Region as the premier provider of musculoskeletal care in the region, while also promoting EmergeOrtho as an orthopedic leader with national influence.”

Mr. Overbey received his undergraduate degree in Economics from North Carolina State University and a MBA/MHA with a concentration in Health Care Administration from Pfeiffer University. He is a Fellow in the American College of Healthcare Executives and a Certified Administrator of Surgery Centers. Mr. Overbey also serves as a member of the American College of Healthcare Executives, Ambulatory Surgery Center Association, and Medical Group Management Association.

“Ken’s demeanor and management style will foster a smooth transition into his new role as CEO, and I look forward to working with him early next year as he joins the practice,” said Jim Carrier, current CEO of EmergeOrtho—Triangle Region. 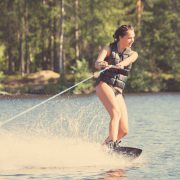 How to Prevent Common Lake and Boating Injuries 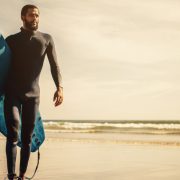